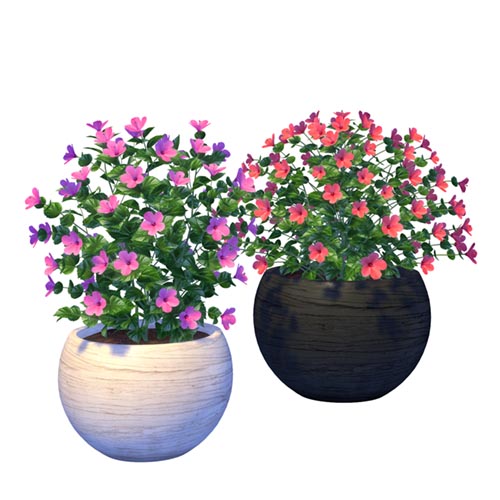 Looking for a new shrub idea for a focal point or hedge?
These hibiscuses feature stunning flowers that contrast against the vibrant green foliage and are sure to brighten any sunny area of your sim’s landscape. They can be potted to frame an entrance, or planted as a colorful hedge that will add an easy-going, tropical flair to the garden.

You’ll get 3 plants and a pot. The plants come in 10 colors; the pot has 20 swatches. Base game compatible. Optimized for low-end computers.
You can choose if you want the plant in a pot or without.

The modern sculptural design gives this vase an artistic beauty, making it ideal for showcasing your sims’ favorite greenery.
Add some lively interest to their home with these asymmetric blueberry branches that could be instant conversation starters whenever their friends stop by.

You’ll get a plant and a vase. The plant comes in 10 colors, the vase has 20 swatches.
You can choose if you want the branches in a vase or without.
Base game compatible. Optimized for low-end computers. 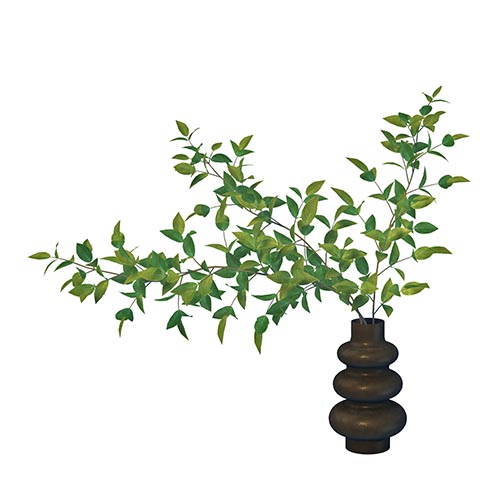 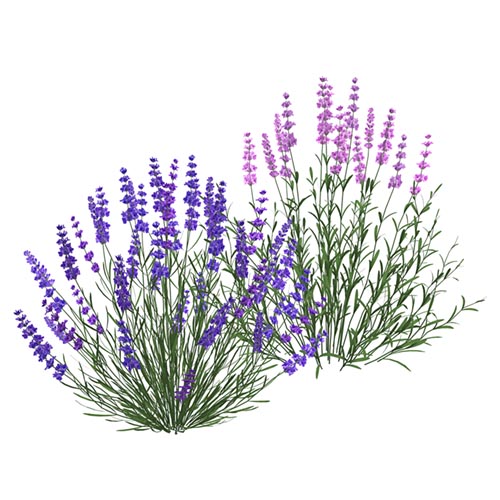 A flowering plant of the mint family known for its beauty and sweet floral fragrance, lavender deserves more credit than just having a color named after it.

In ancient Egypt, lavender was used during the mummification process to perfume the corpse. The Romans used lavender to scent their baths, beds, clothes, and even hair. The ancient Greeks used it to ease ailments including headaches and indigestion. During the Black Plague of the 16th century, lavender oil was used to ward off the dreaded disease.

Today lavender continues to be cultivated across its countries of origin as well as Europe, Australia, New Zealand, North and South America. Its widespread presence is understandable due to its beautiful flowers, alluring scent, and extensive uses.

You’ll get 4 plants, a pot, and a vase. The plants come in 10 colors; the pot and the vase have 20 swatches.
You can choose if you want the plant in a pot or without. Base game compatible. Optimized for low-end computers.